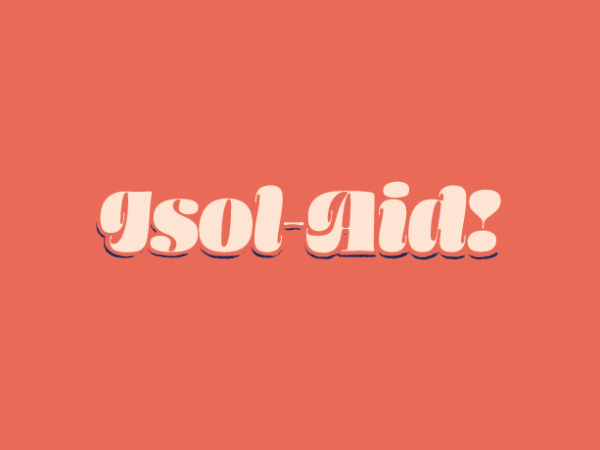 ISO-LATE #4 at your service. The bangers keep banging and the hits keep making you hit the living room dance floor. We LOVE partying with you.

This week heavy hitters in lieu of heavy petting, radio host, DJ and music producer, NINA LAS VEGAS. Over the last decade this one-woman can-do queen has been forging her path as one of the most influential women in the music industry, passionately dedicating herself to promoting and celebrating the sounds of underground dance music from both Australia and abroad. This dial is turned all the way up to HOT when this tastemaker spins her tracks.

Melbourne-based producer and DJ BENSON whose infamy is almost larger than his instagram following, is known for his brilliant taste in tunes and DJ antics being loud, fun and up to no bloody good. And as if number one naughty boy on the decks isn’t enough, catch him as part of Iso-Late #4 with partner in crime, STACE CADET.

Fellow Melbournite, tech-house favourite STACE CADET, whose ‘Energy’ record with KLP is doing big numbers all over the place, focuses his energy (har har) on crafting low-end basslines that’ll bounce through your speakers and onto the dancefloor.

And, also hailing from Melbourne, Iso-Late is proud to present DJ, producer, event curator and presenter, JADE ZOE, known for her genre-bending and dance floor slamming sets that melt R&B, trap, hip hop, dancehall, grime, pop and everything in between (and on the edges).

So boogie with your buddies, hold your honeys, or comment with your cuties, your Saturday night selectors are sorted.

One Stage. One Stream. Party Together. Save The Night.

Intermissions by THE HUXLEYS & TANZER

We love that our festival is free to watch, but we do ask online attendees to help support the artists if you can. 100% of whatever you donate will go directly to the Isol-Aid artists and their teams.

As you know, the loss of touring and live performance income has caused financial strain and even strife for many in our music community. Throwing in even what you’d normally pay for a beer or two at the show will make a huge difference to these acts. And we’ll be eternally grateful, too!

Sign up to our newsletter to stay in the know about new shows artists, merch and more.